According to Gallup’s Global Emotions report, we’ve never been happier than we were last year. We’ve also never been so tense, angry of fretful – which just goes to show that the majority of people are never happy unless they have something to moan about.

The British were marginally happier than average, scoring 75 out of 100 in the ‘happiness index’ compared to a global score of 71. The French, always a step behind the British, scored only 73 in a ranking system which appears to show that nations with a significant horseracing industry are at an advantage. The Greeks were the least happy of all – probably because they don’t have enough racing.

Some commentators were at a loss to explain how the British could be more positive in 2018 (rising 2 points in the happiness index), while also being more miserable – with the ‘negativity index’ increasing from 23 to 25. The answer, of course, is obvious: we were happier because the prevailing weather was dry and bright and we didn’t lose too many race-meetings, but we were unhappier because that didn’t help us to find more winners. This week’s selection is Zig Zag, trained by Philip Kirby, at Hexham on Saturday evening.

Hexham didn’t make it onto the list of the best places to live in the Northeast, published by The Times. While this seems harsh to me, the competition was evidently very strong – the region includes the whole of Yorkshire where there are more towns with racecourses than in any other county. Beverley, with its gothic minster and cheerful racecourse featured as the region’s third best place to live. Meanwhile, York, which boasts an even bigger minster and an enormously important racecourse (with a very cheerful Clerk of the Course), was the winner.

Naturally, the best places to live in each region tended to be those that are close to racecourses or that have racecourses in them – including Chepstow (home of the Welsh Grand National and the sixth best place to live in Wales) and East Wittering which is a stone’s throw from both Goodwood Racecourse and Fontwell Park, ensuring that residents benefit from both Flat Racing and Jump Racing.

And then there’s Cartmel the fourth best place to live in the Northwest, according to The Times. It’s the village with everything: a beautiful priory to rival Beverley’s minster, world-renowned food, a micro-brewery, the best sticky toffee pudding in the known universe and, last but not least, a beautiful little jumps track! 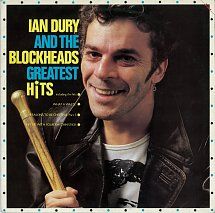 In Scotland, St Boswells (which many people pass through on their way to Kelso Racecourse) made it to number ten on the list – high considering that Scotland is by far the largest region in the study by surface area.