The Stone Age didn’t come to an end because we ran out of rocks.

But by the same token, we didn’t stop using rocks just because the Stone Age came to an end. We might have stopped throwing pointy bits of flint at each other, but we continued to use stone for more constructive purposes – like the new parade ring viewing terraces at Kelso, fashioned out of sandstone from the nearby quarry at Swinton.

From alabaster carvings to the slate roof on the grandstand at Cartmel, stone continues to give us an elemental pleasure which is as timeless as the excitement derived from watching horses galloping around a field. 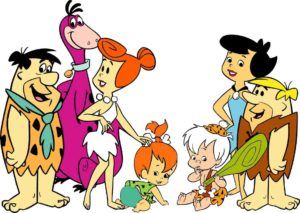 The Chairman of Racecourse Media Group Roger Lewis, who must have been listening to the radio at the same time as I heard the magnificent Stone Age cliché being used on Wednesday’s Today programme, used the words to invoke the spirit of innovation while chairing a strategy meeting attended by the RMG executive team and Directors at Warwick Racecourse. Roger was referring to the need to adapt racing’s business plan to carry the sport into the future.

To sit on our hands and do nothing, while the world of technology changes around us, is not an option. Which is why the talented team at RMG is developing a stack of new ways for racing enthusiasts to enjoy the racing experience – whether they’re at the track, sitting at home or sitting in a bar with their friends.

Innovations include the ability to digitally track each horse’s position throughout a race – a clever piece of work which can be applied by broadcasters to enhance their racing coverage and by bookmakers to offer opportunities for punters to bet or trade bets while a race is in progress (or ‘in-running’ as the professionals call it).

There are lots of other ideas too. Following the addition of Irish races to the Racing TV schedule, the team has developed an internet TV service whereby subscribers can follow the race meeting of their choice – tailoring the day’s racing coverage to their own preference: watch racing wherever and whenever you like – from whichever racecourse you like. The system, which is already being talked about as the ‘Netflix of Racing’, is still in the early stages of development and will become compatible with a wider range of devices in the near future.

Despite these developments, we won’t be throwing the baby out with the bath-water (to use another great cliché). We have to stay true to the heart and soul of racing – which means that, even in the digital age, we’ll be honouring the horse as the fulcrum of our sport and recognising that racing is fun. Horseracing is an inherently social experience and it has primitive qualities, just like stone, that are life enhancing. So, as we explore the opportunities offered by the Digital Age we’ll use technology to distil these ancient ingredients, not to change them.

One of the benefits of racing’s Stone Age qualities is that, unlike mobile telecommunications, they can’t be compromised by Chinese government backed organisations like Huawei. Feel secure, therefore, in the knowledge that this week’s selection is rock-solid. I’m going to follow the soon to be re-crowned Champion Jockey Richard Johnson in the Bet365 Gold Cup at Sandown: Rock The Kasbah.