Now don’t get concerned, I’m not so down on my luck that I’ve descended to the street, but during a trip to London this week, I was flattered to be offered a swig of whisky by a member of the homeless community.

Waiting on the pavement outside a bank, near the Jockey Club’s offices at High Holborn, I was standing under a bus shelter at a discreet distance from the ATM, which was being used by another customer. Huddled in the corner of the bus shelter, the homeless man gave me a glassy stare and said “If you don’t mind me saying, you don’t look as though you’re from around here.”

I looked around, wondering whether he had mistaken me for Jeremy Corbyn. Perhaps it had something to do with the tweed jacket. “No.” I said, “I’ve come down this morning on the train from Scotland.” 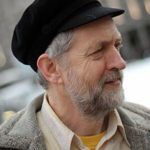 Man on the street

“Scotland?” he said, with more than a hint of suspicion. “I come from Treforest in Wales, same place as Tom Jones.”

I explained that I’d seen Tom Jones after one of the race-days at Cartmel last season, whereupon he asked how Tom had looked. “Orange.” I said. “A bit brighter than the colour of your whisky.”

The man chuckled. “I follow the racing.” he said, “It looks to me as though Nicky Richards has lined one up for the big race at Newcastle on Saturday.”

Now, despite the fact that I talk about horseracing nearly every single day of my life, I was slightly taken aback by the course that this conversation was taking. However, having studied the form on my way home, it’s difficult to argue with the homeless man’s thinking. Baywing, trained by Nicky Richards, finished only fifth in the Rowland Meyrick Chase on Boxing Day – but was beaten less than two lengths in total. Wakanda, who finished second that day, has since scored in the valuable Sky Bet Chase at Doncaster.

Going slightly further back, Baywing has some good form with Waiting Patiently and Yala Enki, the winners of last Saturday’s feature races at Ascot and Haydock respectively. So Baywing is the selection for the Eider Chase this weekend (both the Homeless man’s and mine).

Thanking the man for his tip, I made my apologies, saying that I’d be late for my meeting. Which is when he proffered the whisky bottle. It was a tempting offer, but one that I declined on the basis that I was due at the Jockey Club’s offices in less than a few minutes. And if I’d entered their offices smelling of booze, then everyone would have wanted some.

Northern racecourses justly pride themselves on the warm welcome that we extend to visitors. Everyone knows that people are more friendly ‘up North’ than they are in the South. But, just in case you were worried, I can reassure readers that the art of hospitality is alive and well on the streets of London too.

And, as Jeremy Corbyn pleaded recently, next time you see a homeless person, don’t walk on by. You never know what you might learn.