If El Drama finishes last of the four runners in the Coral Eclipse Stakes on Saturday his connections will collect £32,160. It will have cost £7,000 to enter the race, but the net gain of just over £25k looks pretty attractive.

In the following race, staged over an identical distance, the horse that finishes second will receive £9,668 – a gain of £9,468 after paying the £200 entry fee. That’s only £328 more than if they’d set out 35 minutes earlier and caused a fifth prize to be added to the Coral Eclipse, for which the reward would have been £16,140 (minus the £7k entry fee).

The key difference is that a qualified horse would only need to meander around the track (behind Mishriff, this week’s selection) in the Coral Eclipse, whereas the same horse would have to compete fiercely against ten other appropriately handicapped runners in order to collect in the later event.

A cynic might say that all those racing johnnies are daft for running their horses in wrong race. But a cynic, according to the words written by Oscar Wilde for one of his characters in Lady Windermere’s Fan, is “a man who knows the price of everything and the value of nothing.”

Despite ten out of the eleven runners in the 4.10pm at Sandown being qualified to run in the more valuable feature race, their owners obviously subscribe to an alternative adage: that it is best to keep your horses in the worst company and yourself in the best. For where is the sporting honour in collecting a lot of money for finishing last?

Bill Shankly was famously quoted saying, “Some people think football is a matter of life and death. I don’t like that attitude. I can assure them it’s much more serious than that”. And, while I couldn’t give two hoots about football, he was right to point out that sport has a value which far exceeds the mere concept of money and which should occasionally trump other important considerations too. 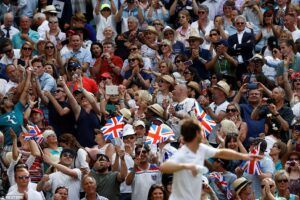 I listened to criticism of the decision to allow 40,000 fans to watch the England-Germany match at Wembley and thought that, while I wouldn’t have wished to be there, I’d love to be one of those with tickets to attend Wimbledon at full capacity for the tennis finals next week. Or, for that matter, any British horserace meeting.

Horseracing took a media battering for continuing with the Cheltenham Festival in the early stages of the pandemic. But we have a lot more knowledge now and, given the opportunity to attend again, I’d behave exactly as I did in March sixteen months ago. I’d sanitise my hands regularly, stay in the fresh air outdoors, avoid busy bars and enjoy watching the sport without catching Covid.

I have missed seeing crowds; the atmospheric sporting events of the past week have been like breathing once again – after a very long time suffering with a politician sitting on your chest. Now that we’ve achieved such a high rate of vaccination it is time to move on, to worry a little bit less about life and focus a bit more on the value of living.