The majority of Scottish schools broke up for the summer holidays earlier this week, meaning that Scottish pupils will miss out on One Britain One Nation Day – billed by the Department for Education as an opportunity to learn about ‘our shared values of tolerance, kindness, pride and respect’.

Like making the most of cheaper off-peak accommodation prices for their family holidays – available until the English schools break up towards the end of July. Queues in theme parks and other visitor attractions will be shorter during the next month too.

English racecourses have more tickets available for racegoers than Scottish ones, due to current the prevailing Covid restrictions, so now is also an excellent time to visit a few English racetracks (this weekend’s selection is Burbank at Cartmel on Sunday).

Or the kids could practise their football skills – because nothing promotes pride or commands greater respect in Britain than being able to whop your neighbours at footy. Fortunately last week’s amicable draw meant that fans both sides of the border could walk away with their heads held high.

Founded by the retired policeman Kash Singh, the One Britain One Nation campaign is aimed at creating a ‘strong, fair and proud British nation’. They have a campaign song, written by pupils from St Johns Primary School in Bradford, which made the headlines after it was ridiculed by politicians – which is harsh because, even if you find the lyrics facile, the lines scan and the words rhyme pretty well considering the age of the authors.

We are Britain
And we have one dream
To unite all people
In one great team.

The origins of the campaign reside within a desire to inspire inclusivity and patriotism, particularly among (and toward) those who have made Britain their home in recent generations. But much of the negative news was generated with reference to the devolved nations who would, of course, normally sing their own songs on major sporting occasions: O Flower of Scotland for the Scottish rugby team, Land of My Fathers for Wales, etc. 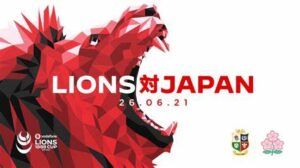 When the British & Irish Lions take on Japan at Murrayfield on Saturday, the supporters won’t know what to sing; many Lions rugby fans being uncomfortable about defaulting to the National Anthem. In 2005 Sir Clive Woodward commissioned a special anthem ‘The Power of Four’ which was intended to frighten the All Blacks before the match. It wasn’t very well received. Lock forward Alun Wyn Jones subsequently said he’d rather sing The Power of Love, although whether that was the Huey Lewis & The News version, or Jennifer Rush’s version, is not clear.

In any case, the pupils of St John’s may just have provided the perfect solution – a happy-clappy celebration of unity (they just need to sandwich the words ‘We are Britain and Ireland‘ into the first line). It won’t scare the Japanese, but perhaps it’ll inspire them to be kind to our players.