When I last worked in a betting shop, nearly thirty years ago, every branch of Ladbrokes had a sheet of paper sellotaped to the back of the counter with instructions as to the maximum amount of money a customer could stake on a single horse, at any given price, before the shop manager was obliged to report the bet to ‘head office’.

The intelligence gathering system was intended to foil plots such as those masterminded by the late Barney Curley, whose funeral took place this week in Newmarket. Curley, who became as well known for his charitable work as for his legendary gambling, was no stranger to controversy but has been lauded in recent days as one of the cleverest figures in racing.

In June 1975 he executed one of the most famous gambles of all time, on a horse called Yellow Sam at Bellewstown. It was a moderate race and any large bets would have stuck out like a sore thumb, so Curley arranged for an army of men to place smaller stakes at SP (the starting price) across hundreds of betting shops away from the racecourse. 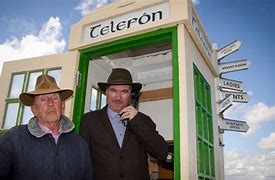 Under normal circumstances, if bookmakers scented such money, they’d have blown it back to the track by phoning an agent, sending them into the betting ring to back the horse themselves – which had the double impact of hedging their liability while also shortening the odds before the SP was declared. The smaller the SP, the smaller their payouts.

The problem for the layers was that Curley had placed a burly man in the only phone box at the racecourse, with strict instructions to string out a fake conversation about an ailing aunt, thereby blocking the only means of communication.

Curley’s winnings of £306,000 would be the equivalent of a few millions today.

Impressed by this story, I took a copy of the Ladbrokes list – such that one day I may be able to implement my own gamble beneath the radar. Sadly though, such days are long gone and the list of maximum stakes is useless – even if I possessed the wits to prepare a horse for the appropriate race. Computerised tills, linked between shops, tot up a bookmaker’s liability and compare their prices against their competitors.

The result is that bookmaking has become less about running a book on the outcome of a specific event and more about playing a market.

There is a suspicion that several recent plunges, where punters have dived in to back runners from odds of 50/1 or more to favouritism at 2/1 or less, have been inspired not by confidence in the horses involved – but by traders triggering mammoth gambles so that they can lay-off their bets at a profit before the race actually takes place. If a big enough plunge can by created, the outcome of the race becomes irrelevant.

And while that’s interesting from a technical perspective, it has little to do with horses which is the part of the sport that I really love. I’m keener to find out, for example, whether Lucinda Russell can rejuvenate Charmix (down to a BHA handicap mark of 87 having once registered a lofty 145) in the second division of a modest staying chase at Hexham on Saturday. Who knows, maybe followers of this blog’s selections will cause a cascade in his likely-to-be-lengthy odds.