There’s nothing quite like bunking off work to see some really good horseracing: the pleasure of studying horseflesh instead of spreadsheets; applying the principles of risk management to betting instead of the safety of your co-workers.

And, notwithstanding the Cheltenham Festival – when tens of thousands of people bunk off at exactly the same time – one of the advantages of racing in the middle of the week is that the crowds tend to be quieter, more knowledgeable, more focused on the horses. It makes for a friendly atmosphere.

You’ll be less likely to come across a large party of hens or stags with little interest in the racing, which means the queues at the bar will be shorter and you’ll be back out quicker to see the runners for the next race. You’re more likely to get a good view of the horses, whether that’s from the steps around the parade ring or from a favoured vantage point in the grandstand.

There has been a tendency in recent years for the major races to migrate to the weekend – reducing the opportunity to see the very best horses midweek. While it makes sense to create the strongest programme possible for ITV (like this weekend when Not So Sleepy is our selection at Newbury), the racing industry is sometimes guilty of overplaying its hand on Saturdays. It’d be great to spread some of those good races throughout the week, creating sustained interest, more excitement for racegoers, bigger crowds and a higher level of betting engagement which would help the industry’s finances. Following a reduction in Levy support in recent years, there should be greater rewards for racecourses that stage high-quality fixtures Monday to Friday.

While searching for new excuses to take a day off work, perhaps it’s time we honoured Thor (the great hammer-wielding God of thunder) and celebrated the special day which is named after him each week. It’s called Thor’s Day (better known as Thursday) and could ideally be celebrated by watching horses thunder down the track. Which, by coincidence, is exactly what we’re going to do next week at Kelso. 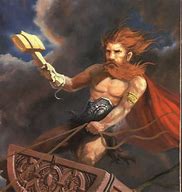 The entries for Morebattle Hurdle Day (which henceforth will be known as the Thor Celebration Meeting) include Champ (the current favourite for RSA Steeplechase at the Cheltenham Festival), One For Arthur (who is back on the Grand National trail), Seeyouatmidnight (who is targeting the Foxhunters at one or both Festivals), plus Fusil Raffles, Cliffs of Dover, Elvis Mail and The Con Man in the Timeform sponsored feature race. Not to mention nearly one-hundred other horses which might prove to be even better than those named here!

So come on! It’s time to bunk off work and join us next Thor’s Day for racing with the Gods (if you have a hammer, please leave it at home).