I first took an interest in programming at the BBC at the age of eight, when I wrote to the Controller to complain that he’d scheduled one of my favourite programmes to start after bedtime at 8.00pm.

Having taken encouragement from the subsequent movement of The Goodies to an earlier slot at 7.30pm, I’ve assumed ever since (possibly incorrectly) that my word carries some influence at the BBC. That’s why I’ve decided to apply for the job as the new Controller of BBC Radio 4, replacing Gwyneth Williams who has been in post since December 2010.

The first thing I’ll do, when I get my feet behind the Fat Controller’s desk, is restore the BBC Radio Theme that used to be played immediately before the shipping forecast at 5.30 in the morning. Axed by Williams’s predecessor, the evil Mark Damazer, the composition by Fritz Spiegl and Manfred Arlen offered a jolly start to every day between 23rd November 1978 and 23rd April 2006.

The 5-minute Theme incorporated a collection of traditional British and Irish folk tunes, representing the four home nations as well as Britain’s maritime tradition. In addition to Rule Britannia, the composition included A Londonderry Air, Annie Laurie, What Shall We Do with the Drunken Sailor, Men of Harlech and Scotland the Brave. But Damazer replaced it all with a miserable, miserly ‘news briefing’ containing all the boring information which was then repeated, ad infinitum, throughout the day.

Early starts to Berwick-upon-Tweed train station have never been the same since.

But not all of the changes will be retrospective in nature; I’ll be making a few other tweaks here and there. Farming Today will be renamed Racing Today and will be broadcast from a different training establishment every morning. That’ll be followed, as usual, by the Today Programme with an extended feature on the celebrated racing tips. They won’t always follow my own selection, but they should! This weekend we’re going for Elvis Mail in Kelso’s £50,000 Premier Hurdle.

At 9.00am Melvyn Bragg will select a different horse to discuss with guests each week in a programme called In Our Time-form Annual. After which comes Form-Book of the Week.

Woman’s Hour with Jenny Pitman will include interviews with jockeys Bryony Frost, Lucy Alexander and Rachael McDonald. There’ll also be a discussion as to whether colts should be allowed to self-identify as fillies in order to run in the Oaks and whether geldings should be allowed to claim the mares’ weight allowance – as long as they have injections to ensure that their testosterone levels are no more than 10 times the normal level of a biological female. 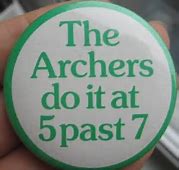 In The Archers, an everyday story of country folk, Home Farm and Brookfield will be sold to competing Arab Sheikhs, while Bridge Farm’s organic pastures will be rented by a National Hunt trainer who takes up residence at Lower Loxley Hall. Kenton sets up a racing syndicate with the help of the Grundys, Shula becomes a Travelling Head Lass and Alistair could be disqualified from the veterinary profession having been accused of forging the vaccination details on the passport of Linda Snell’s Grand National entry.

Tune in and enjoy the ride!