Well… the first ship was awash with Christmas spirit: goodwill to all men in the shape of several bottles of the finest Scottish malt whisky, plus one that was distilled in Wales. I don’t know who mentioned that I was partial to a dram; perhaps I’d dropped it into conversation once or twice. But what a way to start the day! 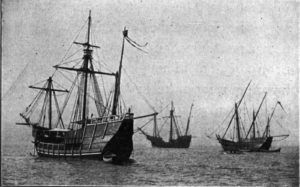 In the words of Abba: Thank you for the whisky, I can’t stop singing; thanks for all the joy it’s bringing; who can live without it, I ask in all honesty; what would life be?

The second ship was full of the most delicious food. All the things that a jockey couldn’t eat, but a racecourse manager can – like pork pie and glazed ham (for breakfast), turkey, pigs in blankets and poached pears in spiced cider (although not all on the same plate – after all, I’m not a glutton). And Ohh, the sweet treats… the Lindt, the Cadburys Selection and the home-made nut-clusters enrobed in dark chocolate.

After a short snooze, it was time to investigate the contents of the third ship – packed to the rafters with wonder, taking the form of ten magnificent horses running in the King George VI Chase at Kempton. All packaged conveniently on ITV so that the spectator needn’t venture further than the sofa… and all the angels in heaven shall sing, on Boxing Day, on Boxing Day!

On examining the race in detail, it was a bit like a tin of Quality Street – very difficult to pick out a favourite. Could it be the purple one, the green triangle or the strawberry cream? It was just a pleasure to sit back and watch the race without a bet. Which is not the same as saying that the race inspired no betting interest at all – the winner was admirable, but the third placed Native River arguably surfaced as the most likely candidate for the Cheltenham Gold Cup in March, for which he is available at a best-priced 11/2.

And so, after all that indulgence and sofa-based sport, it’s finally time for some activity – a stroll around the track at Kelso where the going is officially Good, Good-to-Soft in places.

Perhaps it’s time that you got out of the house this Christmas too? There’s no better way than to come racing – we’ve got it all here on Saturday: fresh air, whisky (for non-drivers), fine food and lashings of wonder in the form of the equine athletes.

3 Comments → The Ships of Three