“Certain staff believe that the rules don’t apply to them,” said The Southern Reporter this week – deploying a line on the front page which sounded faintly familiar.

Heavens above! Who would be so duplicitous as to make up a set of rules that they aren’t willing to abide by themselves? Except maybe parents who won’t allow their children to eat chocolate, drink alcohol or go to bed late. Or teachers who won’t allow pupils to vape and smoke. Or politicians who would prefer us not to have get-togethers after work, drinks and nibbles when someone could be having a funeral, or sexual relations with someone from another household.

Oh, that’s right, now I remember – I don’t actually know anyone who abides by all the rules. Unless of course it’s cricket. Because not playing by the rules of cricket would be ungentlemanly. That would never do at all – a bit like tennis where the rules are also very important, although not so much the ones about turning up without a vaccination certificate. Or so I thought… 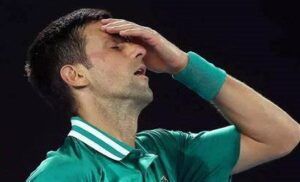 Anyway, it turns out that The Southern Reporter has unearthed something far more insidious. Under the headline “Twenty’s Not Plenty at SBC” the paper revealed that last November no less than 42 council vehicles exceeded the experimental 20mph speed limit in towns and villages across the Borders – the same limit that requires vehicles on the main road outside the racecourse to travel at less than two-thirds of the speed of the horses on our side of the hedge.

According to an “anonymously requested” freedom of information request, 36 of the council’s vehicles exceeded 30mph within the 20mph zones and one was clocked at 58mph. However, instead of commending these dedicated individuals for hurrying about their work, the negative inference of the article was that the Scottish Borders Council is responsible for setting the speed limits, their staff were tasked with sign-posting the limits and the same staff are hypocritically breaking the speed limits.

Well I never. Who’d have thought? It turns out they must be human after all…

Despite having an aversion to setting rules, sometimes we have to ask people to follow guidance in order to show respect for the other people around them. Which is why, in addition to adhering to the Government imposed crowd limit of five-hundred spectators for the race-meeting at Kelso on Sunday, we’ll be reminding racegoers to take a lateral-flow test before setting out, to wear face coverings in crowded spaces, allow space for other racegoers and to regularly use the hand sanitiser provided. Not because we’re bossy, sanctimonious, fascist police – just because we’re attempting to jog along together and do the right thing.

And if you’re planning on having a bet, remember the headline in this week’s Southern: Twenty’s Not Plenty – make it a large one on this week’s selection, Soft Risk in the William Bookmakers Novices Hurdle on Sunday.