The vast majority of tasks that we fulfil successfully every day, we do with no conscious thought. Climbing out of bed, making coffee, driving to work, getting dressed (yes – sometimes in that order): all of them accomplished without any real consciousness.

Research, summarised in many popular science books, has demonstrated that the body frequently reacts quicker than would be possible if the brain required conscious thought to stimulate movement. According to neuroscientist David Eagleman, it takes roughly half a second for the brain to recognise a stimulus and generate a conscious thought about the item that you are seeing in front of you. By which time, if it was an oncoming vehicle in the middle of the road, there’s a fair chance that you’d already be jam.

Fortunately, the brain doesn’t wait for conscious thought, it reacts immediately by sending impulses to the relevant muscles that enable you to swerve into the hedge or across the verge. You’ve avoided the collision before you even had a chance to consider the consequences. The loud hooting that follows might well be the result of your conscious mind, but that only happens four seconds after the offending driver, who probably never looked up from their mobile phone, has disappeared around the next corner.

It’s usually when we start thinking about our actions that things start to go wrong: the tennis player that thinks about her serve, the golf player that considers his swing or the jockeys that steady their mounts so that they can meet the final fence just right. All of them thinking too much and frequently paying the price for allowing thoughts to interrupt the brain’s highly efficient reactive mechanism.

As Eagleman outlines in his book Incognito, sometimes the brain can learn unconsciously too. In the 1930s, the Japanese created a chicken-sexing school to teach poultry breeders how to discern between male and female day-old chicks. The problem was that even the expert chicken-sexers struggled to explain exactly what it was they were looking for when they turned the chicks upside down and examined their undercarriage. 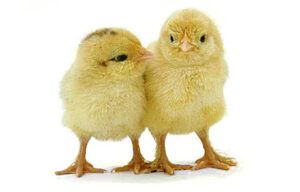 They succeeded in teaching their students by asking them to look at each bird’s rear and to place them in either the male bin or the female bin. The experienced sexers would look over the shoulders of the students and tell them if they were right or not. Despite the fact that no one could say what they were actually looking for, the students became masters and could eventually separate thousands of chicks per day with 99% accuracy.

I have therefore given no thought at all to this week’s selection. My finely honed instinct is telling me that Sleeping Lion is the one to be on at Ascot, 3.00pm on Saturday. And seeing as no one can tell me exactly how to identify a winning racehorse, if my instinct is wrong, I’ll just carry on honing it week after week until I become a master. Good luck!