Nineteen horses completed the computer generated Virtual Grand National in April this year, ten fell, seven refused and four jockeys were unseated. You could argue that the proportion of completions was about right and that the algorithm used was a good one – although, personally, I’m surprised that none of the virtual jockeys decided to pull their mounts up before they refused.

I’m sure that John Swinney and Gavin Williamson thought that the algorithms developed for awarding exam grades this month were equally as effective – after all they resulted in approximately the correct proportion of grades in each category. There was of course a small snag. Just as supporters of tenth-placed Vintage Clouds will have believed that the grey gelding should have won the Virtual Grand National, heaps of individual students were awarded ‘B’ and ‘C’ grades who felt that they deserved ‘A’s.

Who is to say who would and who wouldn’t?

I have an algorithm that says that whenever Wells De Lune runs in a hurdle or chase at Cartmel off a handicap mark of 130 or less, he has a cracking chance of winning. It’s worked five times out of six and he makes a seventh attempt in a race set to be broadcast live by ITV on Sunday. 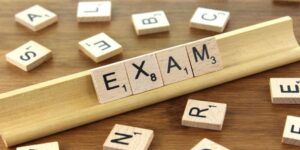 But anyone who has ever attempted to predict the finishing positions of every horse in a race will have realised that this is an almost impossible feat – achievable by chance roughly once in every 3.6 billion attempts (based on a ten-runner Flat race).

Messrs Swinney and Williamson were therefore prime dummies for believing that they could accurately predict the student grades of an entire nation. And they were demonstrably doubly dumb for deciding they could do so without provoking huge numbers of complaints.

The political solution was to perform an abrupt u-turn and allow all the students to receive the grades that their teachers thought they deserved. Which is a bit like saying that racehorse trainers should have been given the role of determining where their horse would have finished in the Virtual Grand National. There would probably have been a six-way dead-heat for first place, 24 horses would have reached the frame and all forty would have completed the course. It’s hard to say that such a strategy makes the exam grades awarded this year any more valid than Ofqual’s first attempt.

Of course it isn’t the students’ fault that they couldn’t sit exams this Summer but, as we’ve discovered in racing, the only way to get a true result is to run the race for real. Contrary to fevered media commentary, life will go on and today’s generation of students will grow longer in the tooth while fulfilling their destinies in much the same way that the rest of us do: two steps forward, one step back and so on. Those that harbour dreams about working in the racing industry should look online at www.scottishracingacademy.co.uk where they’ll find lots of practical information.

Sadly, there isn’t a decent computer algorithm for life and there will forever be a gap in the formbook where the name of the 2020 Grand National winner should be. C’est la vie.