A recent report by the National Audit Office has indicated that banknotes worth £50 billion appear to have gone missing. It said that there is little reliable information regarding the whereabouts of the notes which are not used in transactions or held as savings.

It could be that they’ve been taken overseas, tucked away in homes or that they are being used in the ‘shadow economy’. I’ve checked under my mattress and they are not there.

I have a theory that the phantom notes are the winnings that I am owed from a lifetime of fantasy bets resulting from comments along the lines of “I’d have backed that if only I hadn’t been talking to you / queueing for a pie / backing something else entirely.” If only I could cross over to the parallel universe where they are stashed, I’d be able to spend them on feed for my fantasy racehorses. I’d also reinvest a small amount on this week’s selection: Barbill in the Ayr Gold Cup on Saturday. 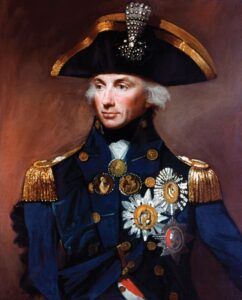 Interestingly, when Admiral Nelson developed phantom limb syndrome following the amputation of his right forearm, he declared that he had “found the direct evidence of the existence of the soul.” He reasoned that if he could still feel his right arm, after it had been removed during the battle of Santa Cruz de Tenerife, then the rest of his body must have a similar phantom presence – such that his spirit would be free to stalk the Earth long after his body had decomposed.

The irony was that when Nelson died, at Trafalgar in 1805, they pickled his body in spirit of a different nature and kept him in a barrel for 44 days until they could get him home.

Nowadays scientists prefer to explain phantom limb syndrome in terms of the confusion that arises from one part of the brain talking to another part that used to be responsible for feeling and moving the missing limb. The redundant neurones are reassigned to other duties, but their neighbouring neurones don’t necessarily redirect the post – resulting in misleading messages being perceived as coming from missing body parts.

I experienced a similar sensation when we raced at Kelso on Wednesday. Standing on the roof of the old stand, watching the movement on the big screen in the centre of the racecourse and listening to the sound of the commentary, I was sure I could hear the cheers of the crowd as the horses jumped the final hurdle and tore up the run-in to the line.

The cheering of the phantom crowd gladdened my heart. But when I looked around, there was nobody there – the first fixture of the season was staged without the public, behind closed doors. Unlike Nelson’s arm, racegoers will return – hopefully in the not-too-distant future.

Maybe, if they are lucky, they’ll find the phantom £50 billion in their wallets too.