This year, according to the Tesco advertisement, there is no naughty list. Oisin Murphy will be relieved.

As for the rest of us: while I’m not suggesting that we’d all have sought a liaison with a cocaine snorting beauty, it’s possible that some will now be wondering whether we shouldn’t have been a bit more daring during 2020. It comes to something when your biggest regret of the first major lockdown relates to the number of chocolate digestives you consumed. What on earth have I been doing with my life?

With the benefit of hindsight, I wouldn’t have rushed back from Cheltenham after the first two days of the Festival to prepare for more fixtures at Kelso – I would have stayed for the Gold Cup, confident in the knowledge that work would be that little bit quieter for a few months.

I would have ordered a lot more whisky too, if only to wash down the biscuits… 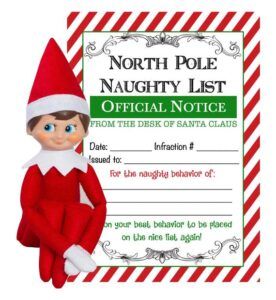 Anyway, having been reasonably well behaved during 2020, I’ve made a list of things that I hope Santa might bring this Christmas. The problem is finding an elf to show it to.

It turns out that elves are just as susceptible to Covid as humans and the Scottish Government has banned them from opening their indoor grottos in regions that have Covid-level 3 or 4 designations. The Scottish Borders is designated as Level 2 which means that, while we’re not permitted to welcome spectators to Kelso races on Sunday, elves are permitted to gather with humans in groups (of no more than six), preferably outdoors but occasionally indoors, if they adhere to strict hygiene protocols.

Children are being advised that they should pick their own gifts from Santa’s sack and not to allow an elf to pass one to them, ostensibly to cut down on the risk of spreading the virus, but secretly to ensure that they get something that they really want. If I were to get a chance to pick my own gift from Santa, this is what I’d be looking for: