I’ve previously claimed, in this space, that I worship at the Chapel of Steeplechasing and that horse racing is my religion.

It’s not true of course. Like most humans, from the Prime Minister of the country upwards, I tell lies. In particular, I find it easy to exaggerate when emphasising a point. Hence: in the same way that the band 10CC didn’t like cricket, I don’t like horseracing… I love it!

I don’t just believe that horses are the best of God’s creations, I believe that horses are the very purpose of creation! Except that now I’m admitting that’s not what I really think – I believe in the science of evolution like almost everyone else. But I also maintain that the mysteries of the Universe fully justify a healthy measure of consideration, a day of reflection, a day like Good Friday.

Infused from an early age in the God fearing, but ultimately laissez faire, attitudes of the local Church of England Primary School, Good Friday was always the dullest date in the calendar. The mood was sombre, as befits the day that Christians commemorate the crucifixion of Jesus, the day the skies turned black. There were no shops that opened, no Amazon deliveries to the door, and (with the exception of a church service in the morning) there were definitely no events. 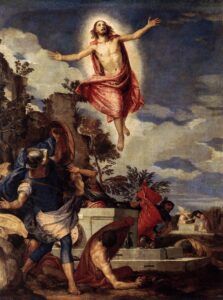 No one ever pretended that the Easter story was particularly easy to believe. That was part of the point – you needed to have faith. But, believe the story or not (and in the good old C-of-E, it’s pretty much a matter for your own conscience) the Easter weekend of my childhood was a period which started with deep contemplation and ended in celebration – partly of the risen Lord, but mainly of chocolate and point-to-point racing.

And so I abhor racing on Good Friday. It feels entirely wrong to me. I crave the absence of racing, the gap, the void.

Racing on Good Friday is too much of a good thing – like ice-cream every day, or crunchy-nut-cornflakes for breakfast, lunch and dinner. It turns something that is special into wallpaper.

I’ve rarely considered myself to be a very good Christian and I love to poke fun at the absurdity of religious dogma. Dogma is, after all, a product of human making – just like the famous Sinners’ Bible, published in 1631 by printers Robert Barker, which included an unfortunate typo whereby the word ‘not’ was omitted from the seventh commandment concerning adultery.

As the inhabitants of Downing Street know full well, we can choose to make or break our own rules – it doesn’t much matter – but having time reserved to contemplate the meaning of life’s rules, or even life itself, is valuable.

For me, that time for contemplation is Good Friday. So I won’t be watching the racing or having a bet today; I’m not interested.

The day for watching racing is Easter Saturday – when my heart will be lifted in anticipation of great celebrations: this week’s selection is Zero Ten in the Queen’s Cup at Musselburgh, trained by this year’s Grand National winning trainer Emmet Mullins.