An acquaintance of mine, who I shall call Fred in order to preserve his anonymity (although she could just as easily be Freda), is frustrated about the closure of betting shops due to lockdown.

Fred, who belongs to a generation that prefers to feel the cool edge of the polymer banknotes as they’re passed over the counter, refuses to open an online betting account for fear of having his bets tracked. And so he’s been watching the racing on the telly since Boxing Day without the benefit of his usual Lucky-15.

While I shamelessly publish my losing selections week after week (£1 staked on every tip during 2020 would have yielded a loss of £8 over the course of the year – the largest annual loss since the blogs began eight years ago), Fred doesn’t feel that it’s anyone else’s business to know how much he wins or loses on the horses – not the bookmaker (who he optimistically fears may one day seek to decline his winning bets), not his wife (who will want to share in the winnings but not the losses) and especially not the Government who he fears may decide that a 25p each-way Super-Yankee is not an appropriate way to spend his state pension.

The digital generation has becoming used to being tracked online; if I order a book or a pair of pyjamas from Amazon, they’ll helpfully recommend six other books and a hot water bottle that I might like to buy too. But for many people the idea of having their spending monitored is intrusive and abhorrent. No woman wants to be reminded that she’s purchased six new outfits since November (five of them unworn), any more than any man wants to be reminded that he blows £120 each month on beer or £91 every week on cigarettes.

The Government is in the process of gathering evidence for a review of the 2005 Gambling Act – the legislation that defines an activity which it says is “entertaining and sociable” and enjoyed by 47% of the adult population, the vast majority of whom take part “without suffering even low levels of harm.” Among the many questions posed by the review is a consideration of how individual affordability checks, assessing a person’s income, could be used to help protect gamblers from harm. It’s been suggested that personal financial information about customers could be shared between betting operators.

While Fred is sympathetic to measures that would help anyone who has a problem with gambling (just as it’d be good if his spouse understood her susceptibility to spontaneous superfluous clothes shopping), he believes that addressing addiction requires self-knowledge, good friends and professional support, not disproportionate big-brother surveillance. After all, real addicts are adept at covering their tracks – hiding bank statements, purchasing their liquor from a variety of stores and telling fibs to anyone who enquires (official or otherwise). 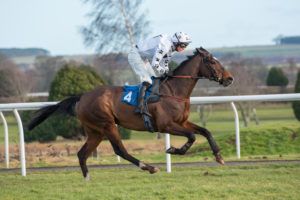 The solution, Fred feels, is not to invade every customer’s privacy, but for betting operators to know their customers and understand the signals that might flag up a problem – such as when a punter is following a blogger who tips with his heart and not always his head. Happily this week’s selection emanates from both the heart and head: it’s the six-time Kelso winner Big River in the Welsh National at Chepstow.