Many people in racing, including some of the ground-staff at Kelso Racecourse, returned to work this week for their own safety.

Some racecourse employees have been threatened with murder, by normally benign spouses who’ve been driven to distraction, because they’re ‘GETTING IN THE WAY!’

The perils of keeping people away from work were exposed further, on Thursday this week, in the Northumbrian town of Wooler where idle hands had been applied to gardening. Unfortunately however, instead of turning up a few spuds, the resident of Peth Head struck the hard outer of an explosive shell. The Explosive Ordnance Disposal team had to be called from Catterick Garrison while the locals were evacuated to a local hotel. 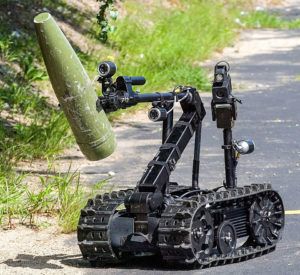 The evacuees were able to maintain social distancing as the bar was empty due to the Government lockdown, although they have remained tight-lipped as to whether they emptied the contents of the cellar during their brief stay.

Elsewhere in the district, businesses have been desperate to offload their beer. The Alnwick Brewery Company, for example, has asked locals to bring their own containers and take as much beer as they like – in return for a donation to the NHS. The giveaway-takeaway is available each Friday, while stocks last, and visitors have been queueing up with containers ranging from empty coke bottles to 20 litre barrels.

But it isn’t just people’s throats which have become parched during the enforced closure of pubs, the track at Kelso hasn’t registered a drop of rain during the whole of April. In fact it hasn’t rained since St Patrick’s Day which probably means something to people who are susceptible to superstition – maybe that the World should prepare for a plague of pestilence or something. Except that’s already happened.

So it is fortunate that the Scottish Parliament has issued guidance which allows workers to travel to their normal place of work if they cannot reasonably work from home, providing it is safe for them to do so. Active Scotland has specifically recognised that staff will be needed to carry out essential maintenance to turf surfaces in order to prepare for the resumption of sport at the appropriate time. And as the team is able to work in the open air while maintaining a safe distance between them, the track will be irrigated next week in the hope that the grass seed sown in March will finally start to germinate.

I’m told that the local Accident & Emergency Department has plenty of capacity now to accommodate racecourse staff who attempt DIY tasks at home, but for everyone’s benefit we think it might be better if they stay (socially distanced) at work and protect the NHS.