They say that when you look at the concentric rings within the cross-section of a tree trunk, you can see the differences between the nature of the seasons.

The same would be true if you were to cut me in half. Bisecting the body would generally be considered a life-ending sort of process, and I’d be quite grateful to remain intact until such time as I’ve passed on naturally, but if you can imagine such a situation, this is what you might find:

The long hot Summer season of 1976 would be thin and crisp, while the multi-coloured ring of 1977 would bear the hue of all those jellies, ice creams and jammy dodgers that we ate as part of the Queen’s Silver Jubilee. 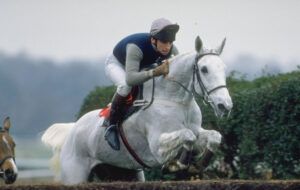 The 1988/89 jumps season would be predominately grey with images of tiny horses running through it, much like a stick of rock, illuminated as it was by the magnificent Desert Orchid, with guest appearances from the likes of Vodkatini, Barnbrook Again and Beech Road.

1996/97 would be visible as a dark circle with a soft texture, the result of my first season at Worcester Racecourse where the boat races that we staged on the flooded racetrack remain more prominent in the memory than the ones we staged with horses. Ditto the year of 2012, the wettest Summer for decades at Cartmel Racecourse, culminating in the waterlogged abandonment of the August Bank Holiday meeting. Some experiences stay with you forever.