There’s a rumour circulating in Kelso that Santa Claus is coming to town on Sunday. He’s making a list, he’s checking it twice, he’s going to find out who’s naughty or nice.

When the lyrics to that perennial Christmas favourite were recorded for the first time in 1934, they were an instant hit – selling 30,000 records and 500,000 copies of sheet music in 24 hours. Sheet music! Try explaining that to the Spotify generation.

Nevertheless we really are anticipating that Santa will appear in Kelso this weekend. His elves have been spotted scouting the streets and it seems that clues to his whereabouts are being dropped around the town. It’s been reported that a mysterious map has appeared on the Kelso Racecourse Facebook page; a map which might just indicate the starting point of some sort of treasure hunt – the sort of thing that a family could do together while taking some exercise and getting a healthy dose of fresh air while remaining at a safe distance from other households.

I’ve had visions of elves wrapping presents in the racecourse office and, weird though it is to have such waking dreams, I feel pretty certain that gifts will be distributed to children too, but only if they’ve been well behaved. Obviously.

There is an absurd myth that Santa visits every nation on the planet between Christmas Eve and Christmas Day. Needless to say he doesn’t cover the whole World on the same day. In fact he doesn’t even do the whole job himself. While Sinterklass (surely the main man himself) starts delivering presents in the Netherlands on 6th December, it isn’t until 5th January that Befana (an old lady riding a broomstick) flies down the chimney to leave sweet treats for the children of Italy. In Iran Papa Nowruz will bring gifts for Iranian children, while his sidekick Haji Firuz plays the tambourine and demands to be given presents for himself. 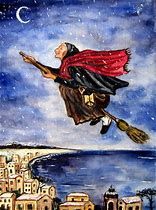 While it is said that Santa occasionally leaves lumps of coal for naughty children, the children of Germany are so bad that Santa delegates the naughty list in its entirety to Krampus (a half goat, half demon, hairy creature) who punishes them by leaving coal or pieces of potato.

There are only a few more sleeps until the big night, which brings us to the name of this week’s selection: Not So Sleepy. He was tipped in this space only three weeks ago and on that occasion he nearly refused at the first hurdle, causing chaos at Newcastle. But while he has clearly been a very naughty pony indeed, he is sure to want to redeem himself at Ascot on Saturday. Priced at 20/1, he should be about 10/1 to negotiate the first obstacle and then even money if he gets over it.

If you’re feeling Not So Sleepy, have a small stake and sing along as they go down to start. Altogether now: He knows when you are sleeping, he knows when you’re awake. He knows if you’ve been good or bad, so be good for goodness sake…