Having a reasonably logical and enquiring mind, it’s safe to say that I have hitherto considered myself to be a bit of scientist or, as the Cambridge Dictionary might frame it, a person who gains knowledge through the systematic observation of the structure and behaviour of the natural and physical world.

The word ‘science’ has been hijacked in the last sixteen months. While politicians claimed to be ‘following the science’ what they really meant was: “We’re completely ignorant, so we’re making it up as we go along and will continue to do so until we are proved wrong.” Which is admittedly quite a good summary of how science works – but it also means that the Government has been presiding over a fairly significant live experiment with potentially fatal consequences for a very small percentage of the population, which probably wouldn’t have sounded so reassuring to the public.

But the ‘science’ phrase spun oh-so-smoothly because the media loves experts; the word ‘Science’ comes from the Latin scientia meaning ‘knowledge’ or ‘expertness’, and from sciens meaning ‘intelligent’ or ‘skilled’.

As a general rule: scientists have credibility, spiritualists are flaky. Which is why Edwin Poots, one of the two candidates running to become leader of the DUP in Northern Ireland next week, made headlines recently when declaring himself to be a Creationist. Poots, currently serving as the Minister for Agriculture, declared that he believed the World was created, in its entirety, in around 4000 BC – meaning that humans, horses and hammerhead sharks all came into existence 6,000 years ago. Imagine the hilarity. Ridiculous. Completely wrong, right? 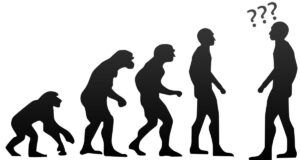 Yes. Until I started thinking think about the alternatives…

Because, while I’ve believed in evolution since learning about Darwin at primary school, you’ve got to admit there are a few unanswered questions. For example, if we constantly select for the fastest horses, to the detriment of breeding slow horses, why are there so many runners in Class 5 and 6 races on the Flat? And why is it that today’s slow horses aren’t running any faster than the slow horses I backed 30 years ago?

Another thing: where are all the sabretooth tigers? They may once have become extinct, but why haven’t other mammals mutated into newer versions of sabretooth tigers, like giant killer rabbits – after all, there is no shortage of slow horses for them to chase and there are plenty of hiding places whilst there are no crowds on racecourses.

Anyway, if life is one big experiment, let’s plug on with the game. This week’s selection is Lights On in the Class 2 handicap (for fast fillies) at Ascot on Saturday.