Some changes are more welcome than others. This week we’ve witnessed the transformation from Winter to Spring in the Scottish Borders, the end of restrictive Covid regulations in England (but not yet in Scotland) and the first land war for more than seventy-six years in Europe.

There will be those who argue that Spring starts on Tuesday 1st March, the official start of Meteorological Spring, while others maintain that true Spring starts with the Spring Equinox on 20th to 22nd March. But I’d suggest that today, starting as it did with a light frost, warming to an afternoon of bright sunshine, with the grass stretching itself straighter, the snowdrops growing taller, the blackbirds singing louder, was undeniably a Spring Day. Only time will tell whether we’re in for a sequence of such days – or whether we’ll soon see a return of the wind and the rain and the sleet and the snow. 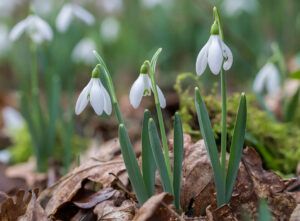 It’s the same with Covid restrictions. While it’s difficult to imagine how we could possibly slip back to a situation where events are shut down for months at a time, it was pretty incomprehensible the first, second and third times around (or more, it’s difficult to keep count) – so now seems as good a time as any to book your tickets for Kelso Races. Enjoy your new found freedoms while you have the chance, you never know when they’re going to be taken away from you – which brings us the subject of land wars in Europe…

This blog has a wide international readership, as evidenced by the huge number of advertisements in foreign languages for Russian brides and performance enhancing drugs that I delete from the comments trail each week, so I just want to say this to anyone who may be reading this in another country: it’s not okay to wreak violence against your neighbours. If it’s something you’re considering, stop, take a deep breath of beautiful Spring air, and consider taking up a new hobby – it’s a marvellous time for gardening.

This week we’ll probably give the grass on the track at Kelso its first cut of the year. And we’ll be pruning the beech hedging plants that surround the parade ring and winners’ enclosure; the rabbits grazed the lower twigs last Summer, but the plants are still young – so there’s hope that by pruning back their bushy tops, we might be able to force a few more shoots from lower down. We’ll be careful not to step on the Daffodil bulbs which are already poking proudly through the bark mulch, although not proudly enough to have any hope of flowering by next Saturday when we shall be applauding the next winner of the £100,000 Bet365 Morebattle Hurdle.

In a World that that is so full of change, it’s always nice to have a little certainty – this week’s is Soft Risk in the 3.50 at Newcastle on Saturday.