After months of training and highly competitive selection events, we’re already midway through the longest two weeks of the year: a fortnight of running, jumping, screaming and shouting – not to mention quite lot hanging around, just waiting for things to happen.

No, this week’s blog is not about the Olympics – the multi-discipline global sporting event which once lent its name to Little Chef’s famous cooked breakfast. (What I wouldn’t have given this morning for two rashers of bacon, a British pork sausage, two griddle fried free-range eggs, mushrooms, sauté potatoes, half a tomato and Heinz baked beans, all served with fried bread – because who needs toast when the other option is golden brown, crisp, crunchy and ever-so-oily fried bread.)

While they’re giving away medals in Japan for BMX bike riding, skateboarding and boat paddling (all of which are quite common activities in Kelso) the main event here at the racecourse is the Borders Youth Theatre’s summer workshop.

David Walliams’ has granted permission for BYT’s children, drawn from towns throughout the Borders, to perform a stage version of The Midnight Gang at Kelso’s open air theatre (otherwise known as the Winners’ Enclosure). Rehearsals are taking place daily in the Parade Ring, while tickets are available online for performances on Friday 6th, Saturday 7th and Sunday 8th August. 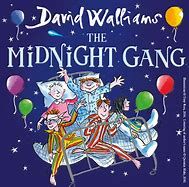 Based on Walliams’ novel, The Midnight Gang tells the heart-warming, comedic story of five children on a hospital ward who go on a quest for adventure. According to the official blurb, it is a story of “friendship and magic and of making dreams come true.” Which is pretty much our speciality at Kelso Racecourse – just ask those who attended the funeral of late trainer Dick Allan, whose wake was held in the Tweedie Grandstand on Tuesday.

There was much talk among the mourners of friendship, magic and dreams coming true – although not all of them were necessarily good dreams. Dick rode his first winner as a jockey at Kelso, trained his first winner as a permit holder at Kelso – and then was handed his first ban here too (six months in 1991 for the controversial running of a horse called Flowing River).

The word ‘character’ probably doesn’t quite do Dick justice. He trained some notable horses, including Pat’s Jester and Clay County, and a total of 260 winners. There were plots aplenty in Dick’s life, but not many that would have suited a family audience – so it’s just as well that we leave the storytelling to David Walliams and the children of the Borders Youth Theatre. Pay for your tickets at  www.eventbrite.The Midnight Gang…  by backing Wonderful Tonight at Goodwood on Saturday.