So hectic were the plot lines in the recently released Downton Abbey movie, I wondered whether the makers had taken the script for an eight-week series and thought, “The public are getting a bit bored with all this, why don’t we get it over in a couple of hours.”

Maybe they did, because if there’s a trend in the world of entertainment at the moment it’s a drive towards shorter formats. I suspect that it has something to do with mobile phones: we’ve become so used to constant interruptions from technology and the competing streams of information in our pocket, that we find it difficult to concentrate on anything that isn’t truly compelling. 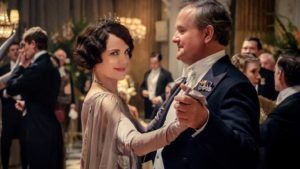 The new rule for entertainment providers is that, if you can’t make your product interactive with social media, at least make it short enough that people can check their phones without feeling as though they may have missed something more interesting elsewhere. Why else would Netflix introduce a feature for watching their programmes at faster speeds – an innovation branded by one Oscar winning director as pandering to ‘the laziest and most tasteless’ of consumers.

And so, for people who can’t be bothered to tune in to lengthy matches over the forty-three day period of a Rugby World Cup, there is now Rugby X: a series of ten-minute matches played by teams of five players on an indoor pitch. Backers hope that it will prove as popular as Twenty20 Cricket, the fast format which has succeeded in attracting a younger audience to one of the world’s slowest and most traditional of sports.

I’m not against such ideas. Who wouldn’t have welcomed a way to fast-forward the parliamentary process that may or may not result in Brexit? And while we’re now in the teeth of a ‘snap’ election, six weeks isn’t actually very snappy; it could have been so much more dramatic shortened to six days.

Fortunately for horseracing, the sport is already organised in bite-sized chunks which are ideal for consuming with or without social media. One of the great advantages that horseracing has over other sports is that it consists of intense and exciting bursts of action, separated by periods for reflection, speculation and debate. It’s perfect for enjoying in a live environment with friends, while also being ideal for distribution through the digital network to millions of customers who can tune in and out as they please.

But even horseracing could benefit from new exciting formats. I enjoy the idea of City Racing, where horses are intended to gallop on temporary tracks through the streets in iconic city locations – not unlike the ‘chase’ where participants of Hawick’s common riding festival gallop up the road that leads from the town towards the popular flapping track. It certainly creates atmosphere.

Whatever the format, there always has to be a winner. This week’s selection is Elegant Escape in the Charlie Hall Chase at Wetherby.

Next week: enjoy this blog in a new shortened format consisting of three emojis and a horse’s name. It’s the future…