I’ve never been very interested in maintaining machinery. But even I know that failure to keep an engine lubricated results in large puffs of blue smoke as the parts begin to warp, joints become stressed and gaskets weep. Eventually the whole thing seizes and the car grinds to a halt.

It’s very much like the economy at the moment, where the Chancellor is pouring billions of gallons of lubricant over Britain’s businesses in an effort to keep things moving. Not every piece of machinery is receiving as much cover as it requires, but the decision to step in was made quickly and decisively – a vital factor in inspiring confidence. 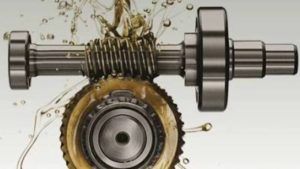 The horseracing industry has some finance at its disposal too, but it has been reluctant to commit to deploying it until the full scale of the lockdown is understood. Furthermore, it seems that the Government currently requires the Horserace Betting Levy Board, one of the organisations that is best placed to help, to maintain a minimum balance of £25 million. Presumably this is so that it has reserves in place for when something really bad happens like… a global pandemic?

The industry launched a financial assistance package last Friday which included schemes that will make grants available to some jockeys and stable staff. Up to three-quarters of a million pounds will be provided to Racing Welfare who give assistance to anyone experiencing hardship within the sport. And the new Racing Relief Fund will provide up to £2.5 million to help care for horses in training yards and rehoming centres.

Following the Government imposed lockdown, the revenue flow at racecourses halted overnight. The outgoings continue, but there is no money coming in. And whereas in the past, racecourses received abandonment grants when fixtures were lost, there are currently no grants either. Instead, racecourses have been told that they may apply for loans of up to £200,000 at an interest rate of 4%. While this could represent a lifeline for some, loans have to be repaid and the debt they create requires the businesses to look for savings – there is no encouragement to spend.

In order to maintain any semblance of an economy, the country needs businesses that are willing to continue to trade, spend and employ people. Racecourses like Kelso are great at that; they have broad supply networks which frequently include many small enterprises within the rural economy. Horseracing gets to parts of the economy which other lubricants can’t to reach. Which is why the industry needs permission from the Government to commit its existing resources to helping immediately.

After all, if your car is running low on oil, it’s no good keeping a bottle somewhere behind the passenger seat – you have to take the lid off and put the oil in the engine before it does any good.