The nights are drawing in and, while walking the dogs of an evening, I find that I’m encountering more and more people wearing head torches as they stumble around the local lanes.

They frequently get quite close before starting in surprise, tripping and cursing – because there is no doubt that wearing a torch actually reduces, rather than improves, their field of vision. While a bright beam illuminates the short space in front of their feet, it also plunges everything else into darkness. 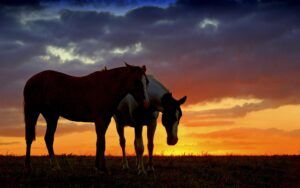 These luminous cyclops plodders remind me of our media correspondents and politicians (in their fullest spectrum of colours) as they struggle to deal with the Covid pandemic. Instead of acclimatising their vision to the darker environment and gaining a broad view, there is a tendency to shine a light on the relatively narrow field presented by experts in epidemiology. And if you ask an epidemiologist what to do in a pandemic, the answer you’ll get is the opposite of keeping things moving: stop everyone from going anywhere, stand still!

The nation’s dilemma is explained in terms of polar opposites: we can either reduce the spread of the virus by locking down or we can let it rip through society in an irresponsible attempt at achieving herd immunity. The second option is always depicted as irresponsible – the willful murder of the general population. And I find that just a bit disingenuous.

Because I don’t know anyone who isn’t aware of the risks that Covid presents. Having endured more than six months of restrictions, we have become used to not shaking hands, not hugging our friends, working from home as much as possible and not hosting parties. We have all acknowledged that we have had to change our behaviour – and we know that we need to be more careful around those that are most vulnerable.

The alternative to locking-down isn’t, as described, allowing the virus to rip through society – it is to continue a cautious approach to getting on with a form of life which is worth living. A life which might just include the attendance of a modest number of people at open-air sporting events like race-meetings.

We aren’t allowed to admit members of the public to the races at Kelso on Saturday, when our selection for the first division of the Maiden Hurdle is Chuvelo, and it’s difficult to see how it could become politically acceptable to do so in the near future. However, even in the dim light of the darkening covid-skies, I can see that it would provide happiness where there is currently misery, economic lubrication where money is in short supply and all of it achievable in way that could be considerably less risky than visiting your local supermarket. No one is suggesting a party.

But I’m not holding my breath. I’m looking forward to seeing some great horses but no crowd when we race behind closed doors on Saturday, to the clocks changing at the weekend, to evenings by the fire without the fear of interruption from visitors and to an extra hour in bed each morning.