I’ve just been catching up after a few days away. Following the publication of new whip rules by the BHA, jockeys will only be able to use the whip in the backhand position. Presumably it will only be a matter of time before Brian Hughes adds a Wimbledon title to his list of achievements, or Emma Raducanu joins Rachael Blackmore and Hollie Doyle in the list of top female riders. 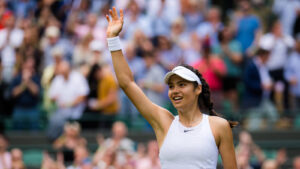 While scanning the runners and riders for this week’s selection (Kaizer in the Cumbria Crystal Cup at Cartmel), I noted that tensions have surfaced at Newbury Racecourse where it appears trainers have boycotted the final race on Saturday’s card because of low prize money. Paul Johnson, Chief Executive of the National Trainers Federation said, “We would encourage them to reflect on whether a race offering £5,300 in prize money is suitable for a televised Saturday fixture at a premier racecourse.”

It’s a troubling scenario and one which, having just opened an e-mail about our future electricity bills, could deteriorate further in 2023.

According to the RCA, prize money in Britain is anticipated to reach a record level of £170 million in 2022 – thanks, in no small part, to a boost from the Levy Board who abandoned their system of providing prize money grants on a merit-based system which used to reward racecourses retrospectively for their contributions in previous years. Instead, the Levy Board, the statutory body which distributes revenue raised from betting operators, created a new system whereby they match-fund prize money for races, as they are programmed. The result is that some courses, which have traditionally contributed relatively low amounts to prize money, have leap-frogged racecourses with a long history of investing generously. Meanwhile, the Levy Board will be landed with an overspend of roughly £5 million for the year.

Not surprisingly, the jungle drums are beating to a fiscally tighter tune for 2023. The Levy’s contribution is expected to be reduced while, at the same time, racecourses come under fresh cost pressures.

For the last three years Kelso Racecourse has enjoyed the benefit of a fixed-rate deal on electricity provision. We’ve batted away dozens of persistent calls every month from electricity brokers, suggesting that they “ring back another time and ask for Gladys” – Gladys being the fictional member of staff who never returns their call (it’s proved a lot easier than saying we’re not interested). But now Gladys has been informed that our electricity prices are projected to increase from around £45k in 2022, to £120k in 2023. Suddenly, we’ve found ourselves a broker.

On Thursday last week, before I went on holiday, we launched ticket sales for Kelso’s Autumn season. We’ve tried to hold most ticket prices at last season’s level – although we have also advertised a very special early-bird offer for the opening day, when racegoers can attend our bicentenary celebrations on 14th September for just £5. It seemed like a nice idea at the time, but that was before seeing the news about the electricity…

There’s only one thing for it – we need more people to come. So please tell all your friends and family about the £5 offer and book now!