One of the things I look forward to most about Cartmel’s BBQ Race-meeting is the venison burgers from Furness Fish and Game. It’s one small bite for a man, one huge picnic for mankind.

Actually, the venison burgers hardly qualify as being small – but in the context of all the mixing of marinades, grilling, tossing and quaffing that goes on around the racecourse, the first bite of a burger is analogous to that momentous step taken by Neil Armstrong as he descended the ladder from Apollo 11’s lunar module to the surface of the moon fifty years ago on 20th July.

As Armstrong himself acknowledged, his achievement resulted from the hard work and dedication of thousands of people. Which is much the same as Cartmel races because, in addition to those hard working souls that prepare the racecourse, there are people all over the country preparing horses, travel itineraries, accommodation and picnics so that they can create the uniquely joyous atmosphere that is the BBQ Race-meeting.

This year the first day of the two-day meeting falls on the anniversary of the moon landing and, if you think that I’m stretching things a bit far by drawing comparisons between lunar exploration and the munching of a burger buns whilst swilling wine, it is worth remembering the words of Buzz Aldrin in his radio transmission to Earth following the successful landing. 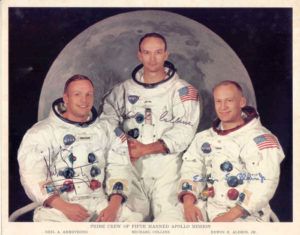 “I would like to request a few moments of silence,” he said. “I would like to invite each person listening in, wherever and whomever he may be, to contemplate for a moment the events of the past few hours and to give thanks in his own individual way.” He then poured wine into a chalice given to him by his local church, broke bread, and consumed the first food and drink ever to be prepared on the moon.

Buzz (who happens to share his name with this week’s selection – a topical tip, running in York’s £200,000 Diamond Jubilee Cup on Saturday, chosen because the recent strategy of reading the formbook doesn’t appear to be working) knew that the entire World would be watching and he therefore chose his words carefully, so as not to offend any of mankind who didn’t share his own Christian faith. “I would like to invite each person… to give thanks in his own individual way.”

In this secular age, there will be racegoers at Cartmel on 20th July who occasionally attend Cartmel’s Priory Church, some who worship at the Mosque, some who drop in at the Buddhist Temple near Ulverston and many who do none of the above. But as they gather around their open car-boots and sit in the shade of their gazebos, each and every one will be able to count their blessings and give thanks for life’s big events – like the Cumbria Crystal Cup Hurdle Race and the 50th anniversary of man landing on the moon.