While Haydock Racecourse recently welcomed their largest crowd in ten years, for a racemeeting which was followed by a Madness concert, Jockey Club Racecourses have just announced that the meeting scheduled at Newmarket on 12th August is also a sell-out thanks to Pete Tong’s Ibiza Classics.

Pete Tong is rhyming slang for ‘wrong’, as in “It’s all gone Pete Tong.” 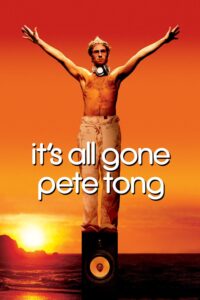 So it’s heartening that people still want to go out and have fun this Summer – despite the obvious risk of death by overheating, which the BBC has been so keen to spell out at every opportunity, and the cost-of-living crisis, and the negative impacts of Brexit, and the pandemic, and the risk of nuclear war, and, and, and… all the other things that have gone Pete Tong.

Politicians, the media and all the other doom-monger do-gooders are determined that everyone should be miserable. None of us should ever be exposed to risk, of any sort, and we must all be scared rigid so that we stay at home and do only Jo Wix workouts. Presumably because we’ll then die on the living room floor, without anyone realising, and get eaten by our own dogs – which creates further fantastic headlines that speak of apocalyptic levels of neglect.

But not the Border Post Blog – we say: Relax, go out, spend (within your limits), and have a good time. And if you have £1 to spare, put it on Emily Upjohn (the selection for Ascot on Saturday) because there’s a pretty good chance the bookie will give you £3.75 back, which seems like a splendid offer to me.

This week we had a get together at the racecourse to discuss how we were going to tempt people to come racing next season. “We could ask Bonnie Tyler to give a concert after racing, or stage a Country & Western night,” I suggested, but I was reminded that we are trying to attract people, not keep them away. No matter – we’re working on details for a party night later in the Autumn, so watch this space if that’s your bag.

In the meantime, we’ve come up with some great ideas for the cost-conscious. Readers of last week’s blog will already know that it’s possible to purchase Early Bird tickets for our Bicentenary Raceday, on 14th September, for just £5 each (get them while you can). This week we’re launching a special deal for coach parties.

In case you hadn’t noticed, the cost of fuel has increased significantly – the BBC would insist that it’s a good reason for everyone to stay at home and be miserable. But not us: to help celebrate 200 years of racing at the Berrymoss site in Kelso, we will give £200 towards the cost of the bus for anyone who purchases forty or more Advance Tickets (sorry – this offer isn’t valid for the extra-cheap Early Bird tickets), for any one of the Autumn fixtures.

And if you have eighty or more friends, so much the better, we’ll double the offer to £400 for two buses. You can’t go Pete Tong with that!