Most people are aware that when you reach the age of 100, you’ll receive a birthday greeting from the Queen. Fewer people know that, when you turn 50, the NHS will send you a small plastic envelope to put some poo in for bowel cancer screening.

It’s just one of those little treats that older people keep to themselves for fear of spoiling the surprise. But all of that is about to change due to the rise of ‘death-bots’.

A cross between Alexa and Facebook, a death-bot is likely to feature the voice of one of your parents or grandparents and a download of their most common stories, their thoughts and their best advice. Dozens of companies are now competing in a race to produce the best software, including eterni.me – a company that has reportedly persuaded 45,000 people to start creating animated conversational avatars by collecting and processing data from their social media profiles.

The V&A has identified it as one of the top 100 projects that will shape the future, but I think it’s a really rubbish idea.

Firstly, it’s going to put psychic mediums out of business. Who’s going to pay to sit in a darkened room around a séance table when you can keep a digital version of your grandfather on your mobile telephone? 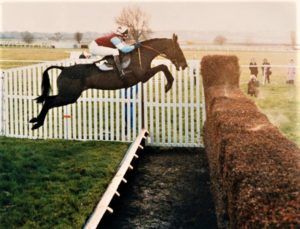 Secondly, it’s going to cause arguments. Because every generation likes to believe that it has witnessed the best horses. I adored Wayward Lad and Desert Orchid, which has always made me feel quite resentful towards older people who tell me that neither would have held a candle to Arkle. I’m sure they are right, because I’ve studied the ancient texts (otherwise known as the Timeform Chasers & Hurdlers Annual) but that doesn’t mean I like it. Nor does it mean that I’ll accept that Best Mate or Kauto Star really deserve a place in the top ten chasers of all time – it’s a generational thing.

And while there’s currently a healthy convention for not speaking ill of the dead, all of that will disappear. Because tell me who doesn’t already get irritated with Siri, the insensible idiot trapped inside your i-phone. “Grandad, tell me a story!” you’ll say. And then before you’ve even got 10 seconds into the tale about how he once backed the outsider of three in a steeplechase at Plumpton, and how it really is a good betting strategy, you’ll be yelling “Not that old chestnut! Be silent you stupid old codger!”

And then your death-bot will probably say something insulting about the woke generation and how you’re all nothing but snowflakes anyway. Tech-savvy people of the future will write off their ancestors as misogynistic, racist bigots due to the archaic and insensitive language they use; that’ll be without even consulting the list of disgraced celebrities featuring on their still-live Spotify accounts or the losing selections recorded within their weekly blog posts. This week’s is Gumball in Market Rasen’s Prelude Hurdle.