I’ve recently bought racecourses at Goodwood, Newbury and York. I have also invested in new grandstands at Exeter and Catterick.

Sadly Kelso Racecourse does not feature on the Injured Jockeys Fund’s limited edition version of Monopoly. But if it did, I’m sure it would be more expensive than Ascot and Cheltenham, the two most costly properties on the board. In fact it’d probably be beyond price, much like the Free Parking square – where we still like to play by the rule that allows any visitor to collect all of the taxes and fines paid by other players.

The grandstands that I built at Catterick cost just £50 each. Which was quite a bargain when you consider that the course recently spent £1 Million developing a new entrance building and saddling boxes adjacent to the Parade Ring. 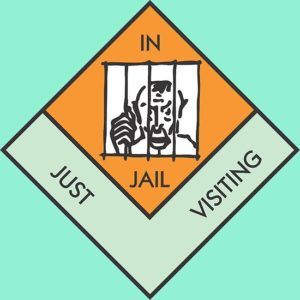 Having opened the new facilities just after Christmas, the management unveiled plans for a further £2.5 Million of development including: an enlarged Parade Ring and Winners Enclosure, the modernisation of the existing Weighing Room, and a completely new two-storey building which will provide hospitality facilities for Owners and Trainers.

If John Sanderson, Managing Director at Catterick, speaks to me nicely, I might build him a new Premier Grandstand. It’d only cost me £250 and I think I’m good for the dough – as long as I can pass ‘Go’ with my next throw of the dice and not land on Ascot where they charge £2,000 per visit. How the other half live…

Following recent injuries to jockeys Cameron Wadge and Finian O’Toole, I was pleased to secure the future of Jack Berry House. The state-of-the-art rehabilitation and fitness centre is not a great earner because it provides so many of its services free of charge or at a significantly reduced rate. But the charges reflect the charitable objectives of the Injured Jockeys Fund and it’s therefore one of the most cherished squares on the board.

The facilities at Jack Berry House include a fully equipped gym, a hydrotherapy pool, four respite rooms and shared communal areas where visitors can play exceedingly long games of Monopoly.

I’ve heard it said that there are only three certainties in life: death, taxes and Mount Mews (this week’s selection) at Kelso on Sunday. To those we can add a fourth: Weatherbys fees. Even whilst playing board games, visitors to Jack Berry House can expect to pay fees of £100 for landing on the Weatherbys square. I’ve done it three times already.

Small fines or bonuses can be accumulated by picking up ‘Chance’ cards. I’ve paid £15 for falling off at the Canal Turn (an interesting idea that we could trial with jockeys in real life) and received £10 for a Best-Turned-Out Award, which seemed a bit stingy seeing as £50 is pretty standard nowadays.