I’m giving up. No not betting on racehorses, or even giving dubious tips – I’m giving up crisps… And drinking alcohol (but only at home – because it’s boring to go out with friends and watch them laugh at things that are only funny after you’ve had a pint).

But it’s not forever, just for the period of Lent which starts on Wednesday. So I’m not getting overly anxious about what I’m giving up just yet – we’ve still got several days left to enjoy Shrovetide which culminates in Shrove Tuesday next week.

Shrovetide is the period before Lent, when people might (not so often now) seek absolution for their sins (or ‘shrive’) by way of confession and doing penance – a penance which would usually include fasting for 40 days before Easter. To ensure that no food was wasted back in the 16th Century, the thrifty British came up with a way to use up all the butter and sugar (or maple syrup, Nutella and pineapple if they’d invented them) before the fasting started – by eating pancakes.

While the Brits have Pancake Day, the French enjoy Mardis Gras, the Portugese have Terça-feira Gorda and the Swiss have Fettisdagen – all of which can be translated as ‘Fat Tuesday’. 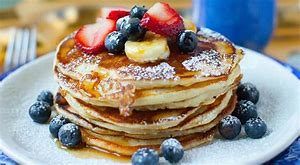 Spaniards and Italians celebrate Carnival as the precursor to Lent – derived from the Latin word Carnelevamen (Levare – ‘to put away’; Carn – ‘the flesh’). Whatever we like to call it, most Christian traditions promote a habit of eating as much deliciously sweet and fatty food during February as possible (except in Finland where they celebrate with pea soup), before a few lean weeks in March and April. Think of it as a way of flushing the system before Summer starts.

I’m fortunate enough to have 25 bags of crisps that need eating by Tuesday night, mainly because I’ve just bought a 24-pack from Sainsburys and I know there’s a packet of Kettle Crisps in the kitchen cupboard already. I also have several bottles of whisky, although drinking them all in one go might just put me out of action for longer than the next six weeks until Easter.

Some kind people, who care for my wellbeing, have asked why I don’t give up horseracing. Are they crazy?? Despite moving a little in the calendar each year, Lent has an unfortunate tendency to encompass all of racing’s greatest hits – the Cheltenham Festival and the Grand National, not to mention the Premier Novices Hurdle at Kelso (29th February) and the ‘Go North’ Racing Weekend at Musselburgh, Kelso and Carlisle in the second half of March. Yet another reason for only giving up alcohol consumption at home.

It’s not very fashionable to fast or give things up any more – it doesn’t fit with our modern sense of convenience and entitlement. Instead some Christians advocate Lent as a time to take positive actions to help ourselves and others. In which spirit: this week’s selection is Glittering Love in the Eider Chase at Newcastle.