The Cheltenham November Meeting is a festival which celebrates the victory of light over darkness, good over evil and knowledge over ignorance.

Oh no, hold on…. that’s Diwali. The Cheltenham Meeting represents the victory of horseflesh over other forms of beauty, hope over experience and a decent tweed jacket over the nippy November wind. But it’s an easy mistake to make: over the course of the forthcoming weekend, both festivals would usually be expected to attract the faithful to gather in their tens of thousands.

While attempting to create a safe window to relax Covid restrictions at Christmas time, the Government has faced criticism in some quarters for locking the country down during other key festivals, including the five days of Diwali which are celebrated by millions of Hindus, Sikhs and Jains across the globe. More than 30,000 people usually gather for the annual celebrations in Trafalgar Square, while Leicester would normally host the largest Diwali event, anywhere in the World, outside of India. 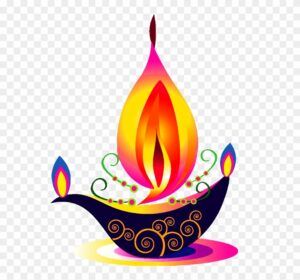 Admittedly steeplechasing doesn’t have quite the same global following as the aforementioned religions, especially on the Indian subcontinent, but the 60,000 racegoers who would typically have visited Cheltenham this weekend will be obliged to revert to similar tactics to those who would usually have attended the temples and open air Diwali celebrations in towns and cities across Britain.

Candles will be lit and festive food will be served as people gather in small household groups and watch live performances on their television or mobile devices. In the case of Cheltenham, all the main races (including the Paddy Power Gold Cup, in which our selection is Slate House), will be broadcast on ITV. The lesser races, such as Saturday’s Triumph Hurdle Trial and Mares bumper, can be enjoyed on RacingTV who are currently running a 30-day free trial offer (see www.racingTV.com/join for details).

Social Media platforms will be abuzz with images, comments and opinions. Lists of horses to follow will be compiled and submitted to www.Tote.co.uk/Ten-to-Follow by 11.00am on Saturday. Just as we look back on festivals when we were able to do things differently, we will look forward to this time next year when hopefully we will be able to gather together again and do things properly.

And when it comes to the Christmas holiday, if some of the lockdown restrictions are relaxed, we’ll all be able to celebrate in our own individual way even if we can’t socialise quite as freely as we’d prefer.

Students will be permitted to return home, families of every faith (or no faith at all) will be able to gather together in small groups on Christmas Day and, if they have any decency, leave us jump racing enthusiasts alone on Boxing Day so that we can enjoy the King George VI Chase from Kempton in a little bit of peace.