There’s an aphorism which could be applied to this blog: ‘Sometimes you win, sometimes you learn’.

Admittedly the winning is infrequent and the learning frequently useless – which makes me wonder whether it wouldn’t be more appropriate to advertise the weekly epistle with the slogan: ‘Often you lose, occasionally you learn something that you’ll probably forget before you have a chance to tell your friends… possibly even before you reach the pub.’

But last week we tipped a winner – something that doesn’t happen too often – which means that this must be one of those weeks for learning… (the selection, in case you were wondering, is Lord Of The Glen at Ayr on Saturday evening).

This week’s learning has been taken from a winning event – the Olympic three-day event, no less, where Tom McEwen, Oliver Townend and Laura Collett struck gold for Britain having pranced their way through the dressage, galloped across the cross-country course and sprung over the show jumps at the Tokyo Games.

Except they didn’t just gallop across the cross-country course, they had to ensure that their horses (Toledo de Kerser, Ballaghmor Class and London 52) carefully cleared each fence without smashing any of the frangible pins. “What?” I can hear you saying. “What on Earth is a frangible pin?”

Well, if you reach for your dictionary, you’ll discover that something that is frangible is ‘readily or easily broken’. So, for example, the glass in a fire alarm is frangible so that it may be easily broken in an emergency. And the sticks of a KitKat have a particularly satisfyingly frangibility – unless you’ve left them in the sun too long, in which case they’re just mush. 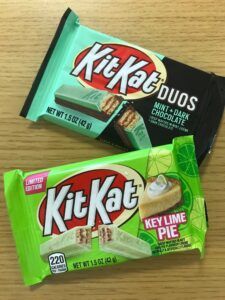 You might say that the heart of a young girl, or even that of a middle-aged racecourse manager, is frangible – but that metaphorical usage wouldn’t be entirely appropriate unless they’ve been deep frozen into a state where they’re liable to shatter.

Or you might believe that speed limits are frangible – although that wouldn’t be quite right either, even if you were to regularly drive at 40mph through Kelso’s new 20mph zones.

Because frangible implies a susceptibility to being broken without implying any form of weakness or delicacy.

If fragile suggests the need for careful handling, and friable indicates something that is bit flaky (like speed limits and racing blogs), a frangible pin is something that can be very strong indeed – capable of fixing a very stout pole to the frame of a large cross-county fence. But, if struck, the frangible pin will break easily – releasing the pole and incurring 11 penalties for the competitor (like Michael Jung, the returning dual Olympic Champion) in the three-day event.

The scoring in a three-day event is much like totting up the points on a driving licence – they don’t mean prizes. Which is why it’s so good that the British riders avoided those frangible pins.

Sometimes we can both win and learn at the same time.