Ever fancied standing in the Winners’ Enclosure at Aintree? That’d have to be a life defining moment for many racehorse owners. Wouldn’t it?

Well, it turns out it’s not as difficult to achieve as you might think…

All but four of the runners on today’s seven race programme at Aintree, if they complete the course, are guaranteed to be placed in the first four and thereby earn a coveted spot in the Winners’ Enclosure. But that’s not all: with prize money down to sixth place, only one horse on the entire card is likely to go home without a prize. It’s like a politically correct school sports day where everyone receives a reward for taking part. 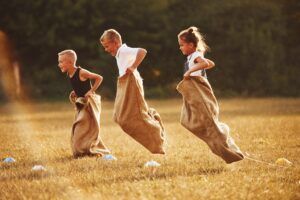 As regular readers of this blog will have experienced, smaller fields don’t necessarily make it any easier to pick winners. It’ll be a shock if this week’s selection, Nero Rock, doesn’t win the three-runner novice chase at Hexham on Saturday – but shocks happen. Irrespective of the plethora of small field races, there’ll still be plenty of punters that back losers, bookmakers will make money, a share of which will be returned to the sport in the form of prize money.

However, despite this short-term financial money-go-round, everyone with a hand in running the industry should be concerned about the direction of travel – small fields are a disappointing spectacle which, if allowed to persist, will eventually turn enthusiasts off.

And it’s not something that individual racecourses, racehorse owners or trainers can tackle alone. Individually, each of us potentially gains from the proliferation of racing opportunities: racecourses will receive additional media fees for each race, owners will have a better chance of winning prize money, and trainers are already declining to declare their horses in larger field events – because they know that a better small-field opportunity will come along if they only wait a few days.

That is why so many people have aired their disappointment this week following the BHA’s decision not to press ahead with measures to reduce the number of races next year. It is up to the sport’s governing body to take the action required to prevent the sport from cannibalising itself. To be fair, they haven’t yet closed the door on taking action, they’ve only said that they need to devise a clearer strategy for the sport first – but this will be a contentious issue and time is slipping away. Racecourses are already making decisions about the 2023 fixture list based on funding assumptions which are predicated on a certain number of races.

Deciding where the cuts should land will not be an easy process – whoever wields the surgeon’s knife is unlikely to win the popularity award for the most beloved person in racing. Their role will be to trim away some of the fat while avoiding irreparable damage to any of the sport’s essential organs – by which I mean, care must be taken not to destroy the business plans of any individual racecourses or racecourse groups.

Individual racecourses, particularly those with slender fixture lists, are the most vulnerable in this process – so if racing’s stakeholders aspire to participating in a compellingly competitive programme at Britain’s delightfully diverse spectrum of tracks, they need to lobby now for the BHA to develop a suitably sensitive streamlining strategy.