The reaction of some parents to an outbreak of chicken pox is to put all their children in one bedroom together. That way they all get the illness at the same time, gain immunity and move on with their lives.

Other diseases, like measles, are avoided through inoculation and as long as the majority of people gain immunity then the spread of the disease is significantly reduced. That’s how we deal with Equine Influenza in Britain – all racehorses are vaccinated to ensure that the risk of spread is reduced. Thousands of equines that don’t race, including ponies and donkeys, are vaccinated too, but it isn’t obligatory.

The concern about this week’s outbreak of Equine Influenza, in the British racehorse population, is that it has occurred within a population of horses which has been previously inoculated. The virus can be airborne and spreads easily through horses.

The fact that runners from an affected stable (where the virus was subsequently diagnosed among horses back at the yard) had travelled to race-meetings on Wednesday creates an extra challenge. Racecourses, to the horse population, are a bit like the soft-play centres used to stage children’s parties. They walk and run around, blow hard, sneeze and then return to their stables to tell all their friends at home what happened. If it weren’t for vigilant veterinary staff and strict biosecurity regulations, racecourses would have all the potential of a well-used peanut bowl for germ exchange. 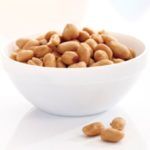 The BHA has instructed horses at more than a hundred trainers’ yards to be swabbed and tested. These are horses from yards which have had a runner at the same recent fixtures as the yard where horses have been diagnosed with Equine Influenza. The current shut-down of racing has been implemented in order to reduce the potential for contagion, although there is no evidence, as yet, that any horses carrying the virus have been to the races.

Once the results of the tests are known, the BHA will make further decisions about fixtures from Wednesday 13th onwards.

Like Flu in humans, the physical impact of the virus on horses will vary, with the oldest and youngest animals likely to be more vulnerable than others. There’s little definitive public information, to date, in relation to the long-term impact of this specific strain of Equine Influenza on the animal. It’s clearly better for the welfare of all horses if they don’t succumb to the illness at all. But even if the impact was found to be mild, the racehorse population as a whole will be healthier if the virus is isolated and is not allowed to become endemic.

The impact of the outbreak on racing is already significant – the loss of fixtures this week will have cost individual racecourses tens of thousands of pounds and will have an economic impact on associated businesses including rural enterprises, hospitality companies, accommodation providers and so on. A prolonged period without racing will have a detrimental impact on bookmakers, with a knock-on effect to the return that they make to the industry through the betting levy.

Here’s hoping that racing is able to go ahead on Morebattle Hurdle Day at Kelso next week, where Cheltenham Gold Cup hope Definitely Red is among 21 entries for the Malcolm Jefferson Memorial Steeplechase and We Have A Dream is our selection for the Timeform Morebattle Hurdle – as the Nicky Henderson runner plots a course towards the Champion Hurdle.