Some readers have remarked, perish the thought, that the outlook of this blog can err on the narrow side of parochial. I think that’s a little unfair.

I’ve been following the news about the invasion of Ukraine, the response of the World community and all the sabre-rattling remarks regarding nuclear deterrents. Having considered all the scenarios (including a brief hiatus when I studied the runners for Newmarket, nominating Twilight Falls as Saturday’s selection), the conclusion I’ve come to is that, if forced down the route of mutually assured destruction, I’ll be really pissed-off if anyone presses the button before Ladies Day at the end of May.

After all, this’ll be the first time we’ve been able to welcome a crowd to Ladies Day since 2019 and events like this take a lot of time and effort to organise. While the grounds-team will be irrigating the track to ensure competitive fields, we’ll be busy planning the layout of hospitality marquees, developing attractive new catering outlets and arranging the post-racing entertainment which includes live music from The Balancing Ducks. It’d be such a shame to spoil the atmosphere by making it all radioactive. 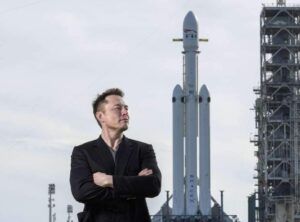 It’s all very well for the super-rich like Jeff Bezos, Richard Branson and Elon Musk, who have developed their own rocket systems so that they can emigrate to other stars. This is the only planet that the rest of us have access to and, after they’ve departed, all we’ll be left with are the shells of their defunct digital businesses: Amazon, Virgin Media and Twitter, none of which will be operable any longer on account of the fact that the only clouds on the horizon will be shaped like mushrooms and unable to hold any data. Which, by the way, is going to play havoc with our ticketing system.

So I’ve decided to turn Kelso’s Chicken Hutch Bar into a nuclear shelter, seeing as it is already appropriately stocked with the most important supplies and has proved nigh-on indestructible despite decades of rigorous testing by racegoers. Everyone is welcome. Please bring your own tinned beans.

… But not until after Ladies Day on 29th May, as we’ll need all the space available for racegoers in the meantime. Did I tell you that we’ve got lots planned? Seven exciting races, valuable prizes for the most stylish racegoers, an ‘After Party’ with DJ Ewen Cameron immediately following the final race. We’ll continue our collections for the Red Cross Ukraine Appeal too (donate at: Ukraine | British Red Cross.

And did I mention that The Balancing Ducks will be playing on stage until 10pm? Tickets are on sale now. Let’s party like there’s no tomorrow…