On Sunday 29th June, 2009, the Cambridge physicist Stephen Hawking sat alone in his wheelchair at Gonville & Caius College, the venue he’d chosen to host his cocktail party for time travellers. To ensure that only real time travellers turned up, he didn’t invite them until at a later date – a strategy which he suggested, when none showed, that time travel probably isn’t possible.

But for anyone who knows anything at all about time travel, the flaws in Hawking’s argument are obvious. According the Hitchhikers Guide to the Galaxy, the second most intelligent species on Earth were the dolphins who, in the pico-second before calamity, exploited all of “the possible probabilities of the whole sort of general mish mash” and disappeared from the planet. Their final words, you’ll recall, were “So long and thanks for all the fish.” But while dolphins may well be capable of time travel, there is nothing in the story that suggests they are capable of walking across the road and in through the front door of Gonville & Caius College – suggesting a curious discrimination against dolphin time travellers on the part of Hawkings. 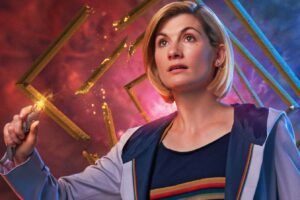 And then of course there’s Doctor Who. Originating from Gallifrey, the timelord who returned to our TV screens a couple of weeks ago has an extra heart (two more than most journalists, politicians and dentists), but is otherwise very similar in appearance to a human. However, even with a sextillion centillion parallel opportunities, we know that Doctor Who would never ever have bothered to attend Hawking’s party because she’s just too busy saving the Universe. No matter how good the cocktails, there’s always a Dalek to exterminate, a cyberman to short-circuit or a weeping angel to keep her eye on (I’m particularly scared of the weeping angels – they’re a bit like the BHA’s Covid-compliance officers, always standing behind you when you least expect it).

That’s the thing about time travel. If you were going to expend all that energy in bending the fundamental forces of the firmament, would you really roll up at a physicist’s party or go racing at Cheltenham to capitalise on your knowledge of the future formbook – which will no doubt record the success of this week’s blog selection: Midnight Shadow in the Paddy Power Gold Cup.

Of course not. Time travel is all about averting catastrophe. The reason why we never notice time travellers is that they’ve always been fully occupied ending World Wars, keeping the peace and developing vaccines. And every time they change one piece of history, there’ll be another that needs amending to prevent an even worse outcome. The job will be as endless as painting the Forth rail bridge or serving drinks to punters in the Cunningham Room at Kelso races.

Secretly, it’s also why I’m not worried about climate change – it’ll probably all get fixed by a timelord in the nick of time. But if you live locally and you don’t subscribe to my time-travel theory, there is a back-up plan for saving humanity from unimaginable suffering: Visit Kelso, together with the Southern Uplands Partnership, is organising an event at the Cross Keys Hotel in Kelso on Wednesday 24th November entitled “What Is Net Zero?” There’ll be tea and cake (but no cocktails or dolphins), there’ll be lots of answers to difficult questions and you can register your attendance today using the following link: https://www.eventbrite.co.uk