So here we are. The big day is almost upon us. As I write the blog it’s 24th December and 2070 has been quite a year…

Living to the age of 101 isn’t so exceptional as it used to be. Something to do with the enormous investment in healthcare research and vaccines – it turns out that pretty much anything can be cured if you throw enough money at it; it’s strange to think no one bothered to put so much resource into healthcare until Covid came along.

Speaking of which I’m really looking forward to the 50th Anniversary of Covid-tide. I remember the days, prior to the start of the mid-winter secular festival, when we used to celebrate something called Christmas. People used to come together to sing Christmas carols in churches throughout the land, but then the government banned singing and anything that was fun. And when they finally relaxed the rules no one could remember what the words to the songs were or why they used to sing them. Shame really. 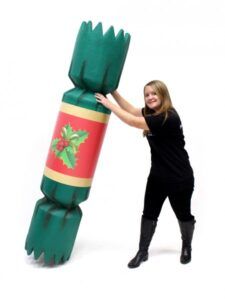 I’m making a special effort this Covid-tide. I’ve even made my own Covid-Crackers: full sized six-foot long ones, replicating the original design which came about because people had to stand that far apart to avoid catching the virus. And I’ve put a stocking at the end of my bed in case Santa comes – as well as plenty of hand sanitizer and a large sign to tell him to keep his distance. Remember: hands, face, space. Especially when you’re around old fat men who’ve been busy visiting other households.

It’s also 50 years since the completion of the Brexit trade negotiations. But no one talks about that anymore. It turned out that it was neither quite the panacea, nor the disaster, that many predicted. It’s all just swings and roundabouts. Unless of course it’s roundabouts and swings.

But enough of all that. There are just two sleeps to go until the big day: the King George VI Steeplechase at Kelso. They used to stage it at Kempton, until they built the houses there, and it’s long been one of my favourite races of the season. Southern Hero took the inaugural running of the race which has been won by all the greats of steeplechasing; horses like: Arkle, Pendil, Wayward Lad, Burrough Hill Lad, Desert Orchid and Kauto Star.

Clan Des Obeaux was another of those great horses seeking to become a triple winner back in 2020. Amazing to think that he bumped into an even greater champion: Saint Calvados, who was allowed to start at the amazingly generous odds of 16/1…